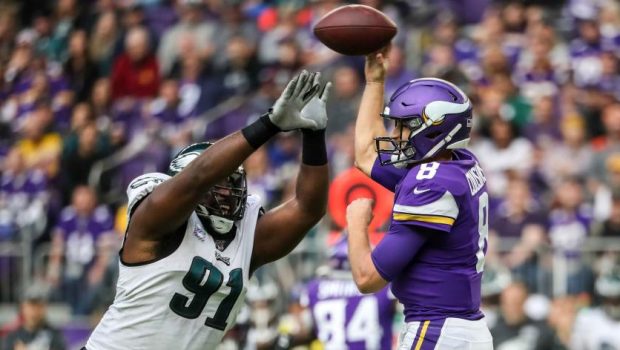 Everyone’s entitled to his opinion on the Eagles-Vikes MNF game at the Linc on Sep 19.

But Sheil Kapadia of The Ringer has an especially informed opinion:

Last week’s performance was pretty much ideal for Eagles fans.

The team won, but they still had plenty to complain about.

The offense went up and down the field, piling up 27 first downs and 455 yards against the Lions.

But the defense was a disaster, allowing the Lions to score touchdowns on four of their final five possessions.

The Vikings looked like one of the NFL’s best-coached teams in Kevin O’Connell’s debut. They schemed up explosive plays for wide receiver Justin Jefferson, and their defensive performance was encouraging. If last week was any indication, the Vikings defense will play a lot of zone and mix up their fronts to make life hard for opposing quarterbacks.

This is a toss-up game, but the bottom line is I have very little faith in the Eagles defense after what we saw last week.