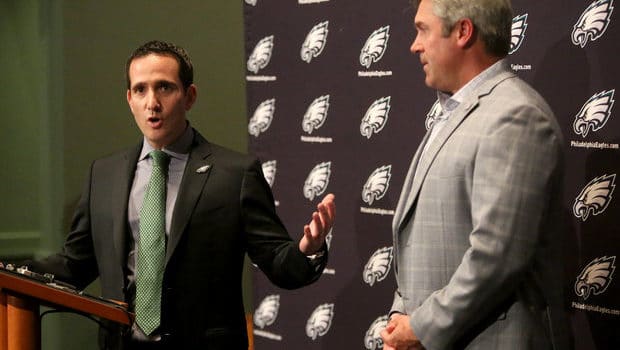 EAGLES ARE NOW ALL HOWIE BOY’S, AND HE IS ON THE CLOCK!

What happens next is crucial. Roseman’s rebuilding of the roster, commitment to certain players, hiring of Doug Pederson (above), especially the hiring of Pederson, and trading for Carson Wentz will define him and the team for years to come.

If it works and the Eagles return to power in the NFC, Roseman will be the happiest man in the NovaCare and be rewarded with not only the success of the franchise, but the accolades of his peers around the league.