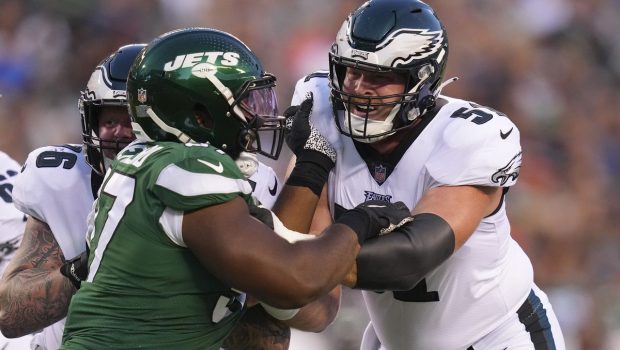 The Eagles are preparing for the third and final exo before the regular season starts Sept. 11 in Detroit:

Jurgens has been very impressive this preseason. Through two games, he’s earned an 86.9 overall grade with an elite 90.7 run-blocking grade. Jason Kelce is still the team’s starting center, but Jurgens is making a big statement in his first preseason as a key piece of Philadelphia’s interior offensive line moving forward.

There was a report that Williams was frustrated with his lack of opportunities in the early part of the preseason. Stuck behind Tyreek Hill, Jaylen Waddle and Cedrick Wilson, Williams feels like he’s on the outside looking in with the Dolphins. He has just 22 yards on three catches this preseason.