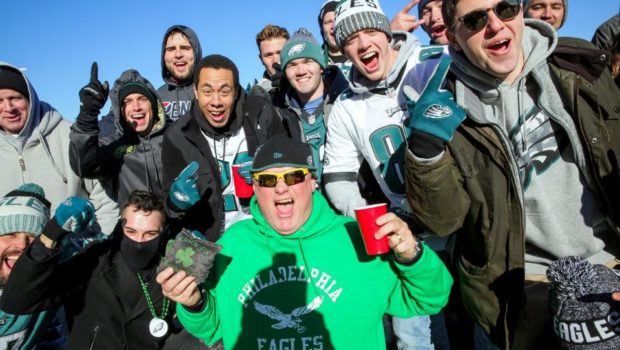 The city of Philadelphia government and its health officials are waffling about whether Eagles fans will be allowed to come to their games at the Linc this fall.

But this much is certain:

If fans are not permitted, the Birds will take a massive hit to. the bottom line.

Not only is the NFL staring at losing its traditional ticket revenue — from season-ticket holders and one-off retail buyers — the league has now also lost several of its richest double-dipping resale markets, including the Las Vegas Raiders, Eagles, New York Jets and New York Giants. Those are the first four franchises to completely eliminate fans in 2020, with more venues likely to follow suit in the coming month.

After several years of consolidating the secondary ticket market and cutting out brokers through partnerships with StubHub and others, the NFL will also be losing a back-end revenue stream.

So how deep is that hit? Well, the NFL and its ticket resale partners don’t reveal the revenue split on the tickets that get sold on the secondary market through partners. But industry insiders say it’s believed to be a considerable percentage of profits generated when NFL tickets are resold through a secondary partner. That means losing that second bite at ticket revenue will deepen the revenue loss tied to fans.

It’s just another tough reality for a league that has worked hard to dominate its ticket product on the secondary market by cutting official partnerships. And it’s exponentially worse in 2020, given that this was the season the league would add two crown jewel stadiums in Los Angeles and Las Vegas. The Raiders, in particular, had been the league’s hottest and most-anticipated ticket in 2020, going back to before the COVID-19 pandemic.

To get an idea of how steep the Las Vegas hit could be, the resale platform and researcher TicketiQ placed the Raiders’ searing-hot ticket market at nearly $571 million. Meanwhile, the collective worth of the Eagles, Giants and Jets ticket market is estimated to be nearly $759 million.

Add it up and that’s an estimated $1.3 billion in ticket value (including the primary market and resale market) that will generate nothing for the league. TicketiQ reached the estimate by calculating the overall value of seats based on what the secondary pricing was at prior to announcements of reduced capacity.

League-wide, TicketiQ placed the value of lost ticket revenue in 2020 at $7 billion if no fans can attend NFL games.

The question now for the NFL and its partners: How many other NFL markets will fall by the wayside?

As of Wednesday, none of the other 28 teams in the league had presented final arrangements for fans.