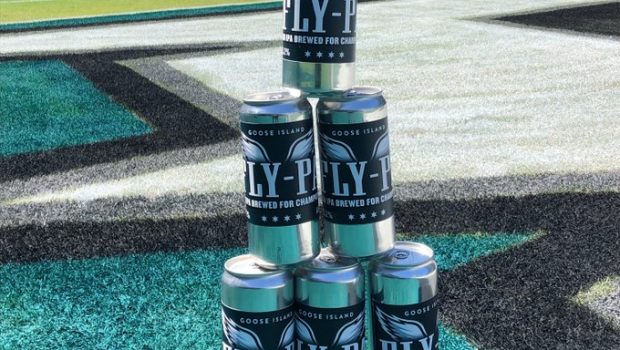 EAGLES AND GOOSE ISLAND GET INTO THE PALE ALE BIZ!

The Eagles have extended their business into the world of beer:

They are teaming with Goose Island brewery to create a Birds themed beer.

‘Fly-PA’ is a session India Pale Ale that will be available at both The Linc and the Goose Island Brewhouse in Fishtown. At just 5.2% ABV, the beer is designed to drink along with the game.

Goose Island says ‘FLY-PA’ is a spin-off on their Bullpen Session ale that was served at Citizens Bank Park and the Fishtown brewhouse during the baseball season.

Chicago-based Goose Island opened the brewhouse a few years ago. The most notable football partnership that Goose Island has had with their hometown Chicago Bears came after the ‘double-doink’ game. The brewery offered free beer to anyone who could kick a 43-yard field goal.