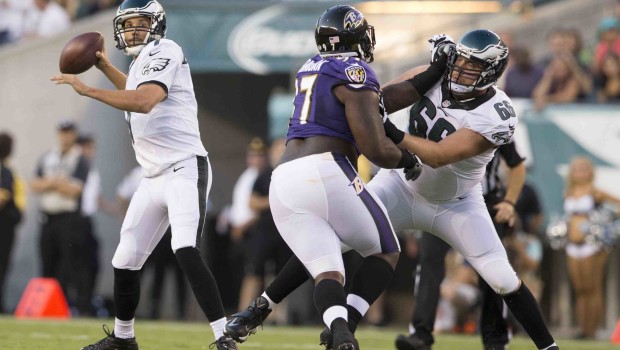 The Baltimore Ravens signed quarterback Joe Flacco the other day, and in the aftermath took an obvious shot at the Eagles and re-sign QB Sam Bradford.

“Joe is our quarterback, and we’re proud to be able to say that. Teams struggle with the quarterback position,” Ravens GM Ozzie Newsome said.

“Philly signing [Sam] Bradford and Washington having to put the franchise tag on [Kirk] Cousins [are examples]. They don’t have the resume that Joe has, and for us to be moving forward with a guy that has eight years and won a Super Bowl and been in three AFC championship games, it speaks volumes.”

Both of those quarterbacks and teams actually experienced more successful seasons than Flacco and the Ravens, who finished with five wins. The Eagles won seven games and the Redskins won nine games and their division. In 10 games, Flacco accumulated a passer rating of 83.1 — lower than Bradford’s 86.4 rating and Cousins’ 101.6 rating. Flacco has never finished a season with a passer rating above 100.