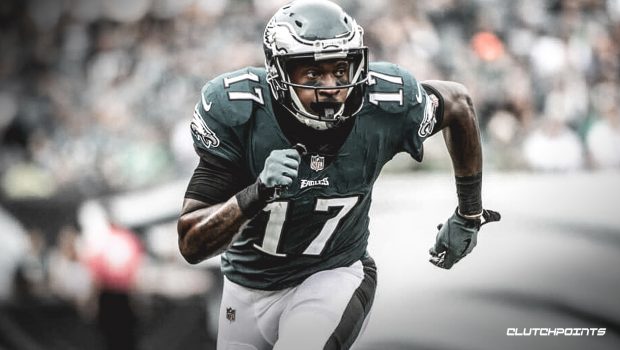 EAGLES ALSHON JEFFERY IS STILL THE ELEPHANT IN THE ROOM!

The Eagles had a need for speed at wide receiver, and they added a bunch of that in the draft and in a trade.

But there is still that elephant in the room:

The plan is for Alshon Jeffery to be a major part of the offense as he recovers from his Lisfranc injury, according to the team’s web site.

He has to complete his rehab, of course, and Jeffery is in the course of doing so.

The Eagles have made sure this offseason to get the word out that Jeffery is being counted on and Roseman has had conversations to that extent with having No. 17 in the picture. A healthy and fully focused and hungry Jeffery would be a huge boost for the offense. He eats up defensive backs and the Eagles are fully aware that the last complete game Jeffery played was at Miami, on December 1, and he caught nine passes for 137 passes and a touchdown. He was dominating. Having Jeffery back all the way is an important piece in the offensive puzzle for 2020.