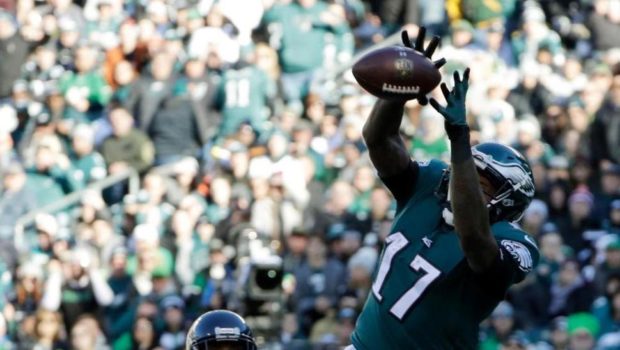 The Vikings allowed only one 100-yard receiver during the regular season due, in large part, to the play of All-Pro cornerback Xavier Rhodes who shadowed opponents’ top receivers for much of the season.

Between the Vikings and a trip to the Super Bowl is a familiar foe in Eagles receiver Alshon Jeffery, who has caught seven touchdown passes in nine career games against the Vikings, his most vs. any NFL team.

But no longer is Jay Cutler lobbing deep touchdown tosses to Jeffery. Eagles quarterback Nick Foles has completed only half of his 22 throws to Jeffery since taking over for the injured Carson Wentz, netting 137 yards and a touchdown in the past 4 ½ games.

Jeffery did lead the Eagles with 61 receiving yards, all on two scoring drives, in the NFC divisional victory against the Falcons.

“Once the ball is in the air, there’s a good chance he’s going to come down with it,” Rhodes said. “You’ve got to be pretty aggressive with him. I mean, I’ve been going against the guy my whole career, basically.”