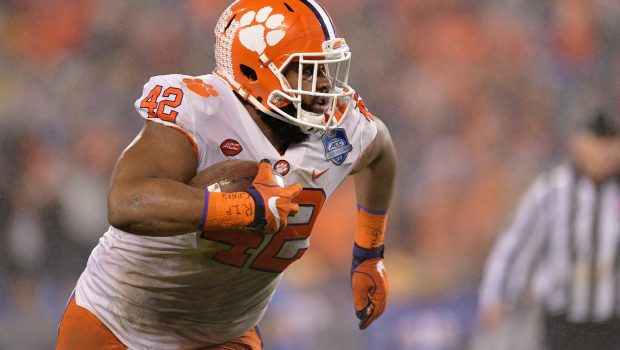 EAGLES ALMOST HAD WILKINS AT 13, BUT DOLPHINS GOT COLD FINS!

The Eagles could have drafted Clemson defensive tackle Christian Wilkins with the 13th overall pick, but the Miami Dolphins backed out of a trade at the last minute, according to a report on SB’s Bleeding Green Nation.

The Dolphins and Eagles had agreed to a trade that would have moved the Birds into the 13th position and Miami back to 25. Why Miami backed out, or what the compensation package would have been is not clear, but apparently Wilkins was going to be selected at 13 by the Eagles.

Whatever the case, the Dolphins landed a player they were projected to select in several of the final mock drafts around the web.

Wilkins will come into the Dolphins defensive line and immediately become a starter who can be used in multiple ways. He is the versatile, high quality player that seems to be exactly what new head coach Brian Flores wants.