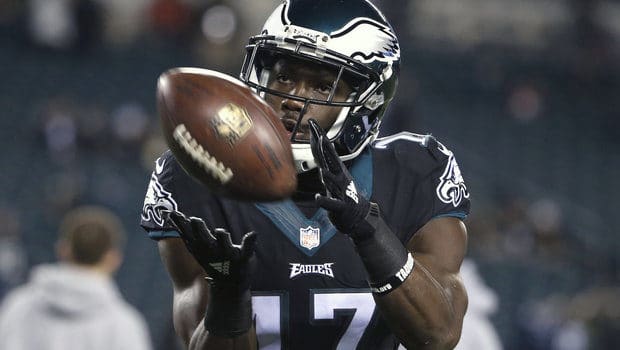 EAGLES’ AGHOLOR REPORTEDLY OFF THE HOOK FOR ASSAULT

Eagles receiver Nelson Agholor has been informed that he won’t face prosecution for sexual assault, according to a report in the Daily News:

“A source close to the situation, though not involved in the investigation, said Thursday that he was told Agholor will not be charged.”

Agholor was accused of sexually assaulting a dancer at Cheerleaders on the same day the Eagles concluded their mandatory minicamp last month.

Even if Agholor isn’t charged, he could still face scrutiny from the NFL under the personal conduct policy, which was beefed up in 2014 to disregard the outcome of the criminal justice system and to investigate allegations against a player under the much lower proof standard of “more likely than not.”

Agholor also could be sued in civil court, which uses the same standard that the league uses in its investigations.