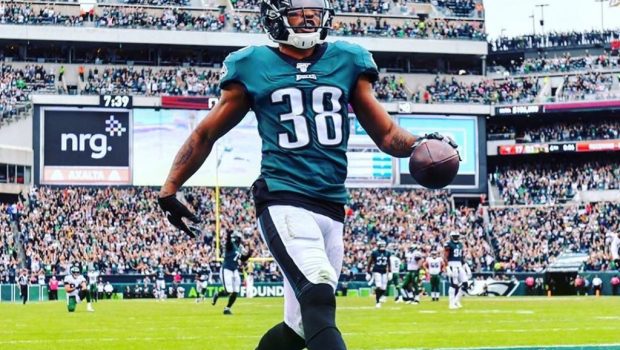 The beaten and bleeding Eagles cut Orlando Scandrick again yesterday after the cornerback proved Sunday night that his skills, such as they are, are completely gone.

Scandrick, 32, joined the Eagles in the offseason and made it nearly all the way through training camp before the team cut him. Scandrick wasn’t picked up by a team for the first few weeks of the season. He re-joined the Eagles prior to Week 5 after the team lost two cornerbacks to injury. Scandrick played in three games with the team — including Sunday night’s 37-10 loss to the Dallas Cowboys, his ex-team — before he was sent packing again.

On top of that, Scandrick has graded out well this season. Scandrick has received a 91.7 player grade, according to Pro Football Focus. That number isn’t everything, and it’s been done in an extremely small sample, but that grade suggests that Scandrick still has something left in the tank.

After giving up at least 27 points in five games, the Eagles are searching for stability on defense. Releasing Scandrick again won’t fix that problem, but the Eagles feel compelled to take action after the team has given up 37 points and 38 points the past two weeks.