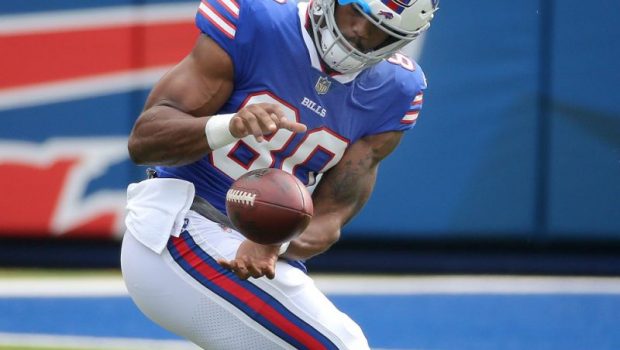 The Bills announced the release of Croom from the practice squad on Tuesday; the athletic pass catcher originally joined Buffalo as an undrafted free agent in 2017.

His best season as a pro came in 2018 when he produced 22 receptions for 259 yards and a touchdown.

Former Bills tight end Jason Croom is expected to sign with the Eagles' practice squad, per a league source. He drew interest from multiple teams, including the Texans