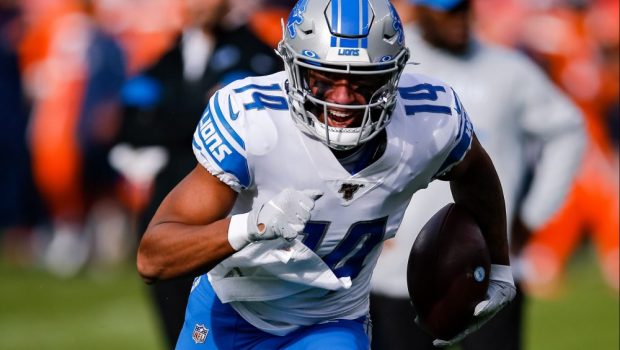 The Eagles have claimed wide receiver Travis Fulgham off waivers from the Green Bay Packers.

Fulgham, a sixth-round pick of the Detroit Lions in 2019, was waived by Detroit on August 9 only to be claimed by Green Bay and waived again nine days later.

The 24-year-old out of Old Dominion brings size at 6-2, 215 pounds. He bounced back and forth between the practice squad and active roster as a rookie, eventually playing in three games for the Lions.

Fulgham has a massive wingspan measuring at nearly 81 inches, ranking in the 91st percentile, and was explosive in the jumps at the NFL Combine with a vertical jump of 36.5 inches and a broad jump of 126 inches. According the Mock Draftable, the wide receiver profile Fulgham best compares to is fellow draft classmate and new teammate J.J. Arcega-Whiteside.