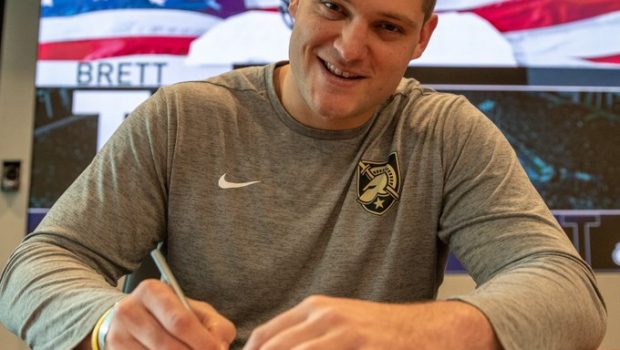 The Eagles yesterday claimed tackle Brett Toth off waivers from the Arizona Cardinals.

The 6-6, 304-pound Toth originally signed with the Eagles during Training Camp in 2019 after he was granted a waiver that allowed him to postpone his military obligations until after his football career is over.

Toth played in the preseason, but was released during the final roster cutdown. He was claimed by the Arizona Cardinals where he was inactive for six games before being placed on the Non-Football Injury list with an illness for the remainder of the season. He was on the Cardinals’ Injured Reserve list with a hamstring injury until he was waived with an injury settlement on Tuesday.