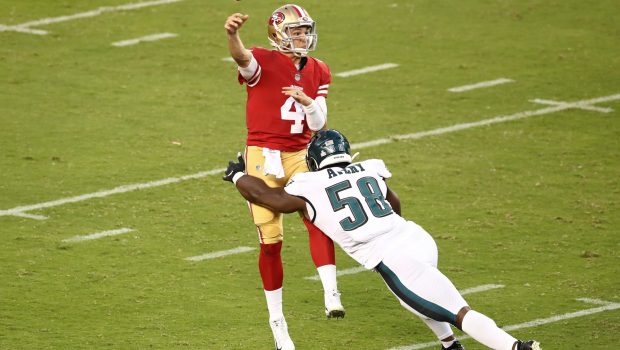 The Eagles have agreed to a one-year contract with quarterback Nick Mullens, who went undrafted in 2018 and made the Niners roster anyway.

He threw for more than 4,000 yard in 16 games in three seasons before an elbow injury last December put him on the shelf.

His 4,186 passing yards were third among all quarterbacks through their first 15 starts in the Super Bowl era.

Mullens will start training camp at the end of July battling with Joe Flacco for the back-up QB spot behind starter Jalen Hurts.