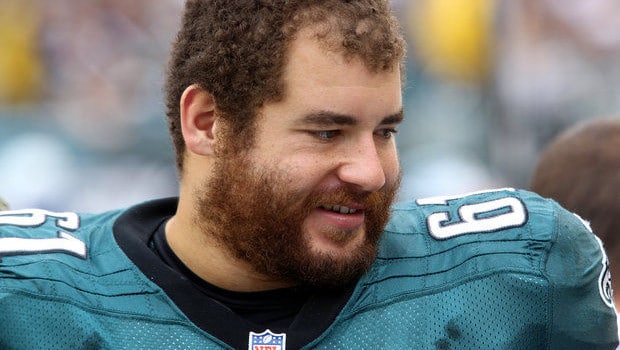 The Eagles are busy buttressing their offensive line, which came up short in Monday night’s 26-24 loss to Atlanta.

Center/guard Julian Vandervelde was added this morning to the team’s 53-man roster, which had been down to 52 players after center/guard David Molk was placed on injured reserve on Tuesday with torn biceps.

The Eagles also made a pair of roster moves on the practice squad, as defensive end Brian Mihalik was waived/injured with a high ankle and sprain and tight end Connor Hamlett was signed to the 10-man squad.

A fifth-round pick in 2011, Vandervelde has bounced around between the Eagles’ active roster and practice squad over the past four seasons. His ability to play both guard and center has made Vandervelde a valuable piece of the offensive line depth, as he appeared in 14 games in 2013.

Mihalik, a seventh-round pick in this year’s draft, was originally signed to the team’s practice squad after being released as part of the final wave of cuts before the season opener.

Hamlett, a 6-foot-7 tight end, was originally signed by the Jacksonville Jaguars as an undrafted free agent this past offseason. He played his college ball at Oregon State, where he was just the fifth tight end in school history to record over 1,000 receiving yards. He finished his career with the Beavers with 104 receptions, the third most in Oregon State history for a tight end.