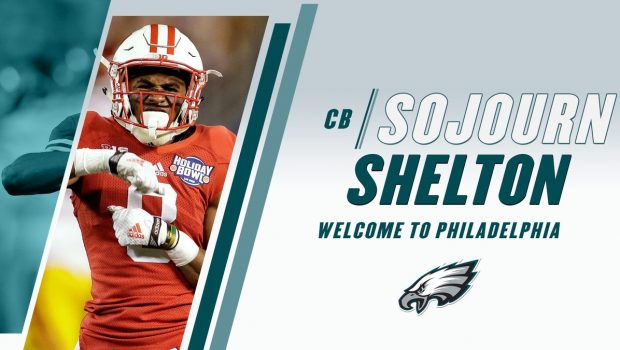 The 5-9, 177-pound Shelton joined the NFL as a rookie free agent with the Arizona Cardinals in 2017 out of Wisconsin. After the preseason, Shelton was released by the Cardinals and signed to the Cincinnati Bengals practice squad. After the season, he was re-signed to a futures deal by the Bengals, but was later released during the preseason.

The 24-year-old started what then a school-record 51 games in his collegiate career and tied the Badgers’ all-time mark with 54 games played. An All-Big Ten first-team selection by the media in 2016 as a senior, he set career highs with four interceptions and 12 pass breakups. In the 2015 season, Shelton’s fourth-quarter interception helped seal the Holiday Bowl win over USC.

Gibson was a fifth-round pick of the Eagles in 2017 out of West Virginia. He was a valuable member of the Eagles’ special teams units in his first two seasons with the team.