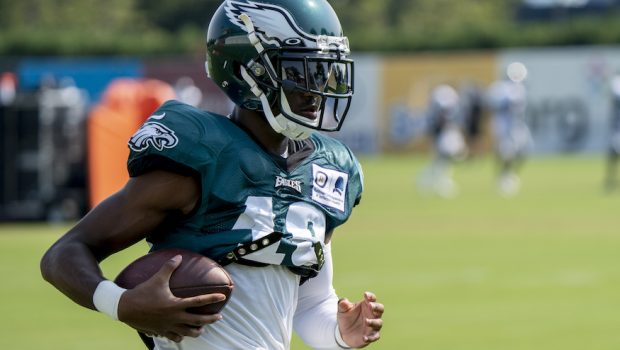 EAGLES ACTIVATE WR DEONTAY BURNETT OFF COVID FOR THE PACK!

The Eagles have activated wide receiver Deontay Burnett from the Practice Squad COVID-19 list, where he has been since November 19.

Burnett played two games for the Eagles earlier this season – against the Bengals and 49ers – and had three catches for 19 yards in 58 snaps.

He had two catches for 48 yards – including a 41-yard reception – in the regular-season finale at the New York Giants last year to help the Eagles clinch the NFC East, just after being called up from the practice squad.

One thought on “EAGLES ACTIVATE WR DEONTAY BURNETT OFF COVID FOR THE PACK!”