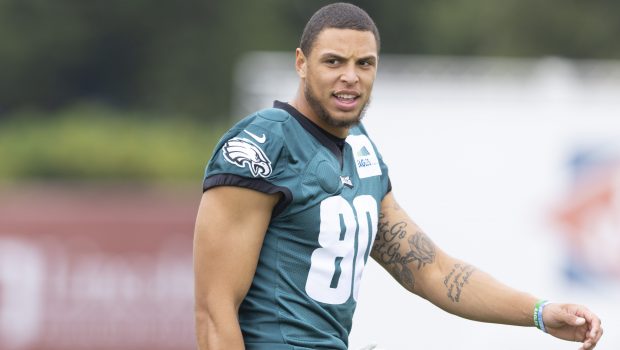 The Eagles have activated tight end Tyree Jackson from the Injured Reserve list and also running back Jordan Howard and linebacker John Hightower from the practice squad for Sunday’s game against the Los Angeles Chargers.

Originally signed by the Buffalo Bills as a rookie free agent quarterback out of the University of Buffalo in 2019, Jackson spent the preseason with the Bills before being released. He tried his hand at quarterback in the XFL before signing a reserve/futures contract with the Eagles in 2021 and making the transition to tight end.

The 6-7, 249-pound Jackson was the surprise of Training Camp, and suffered a back injury that landed him on Injured Reserve.