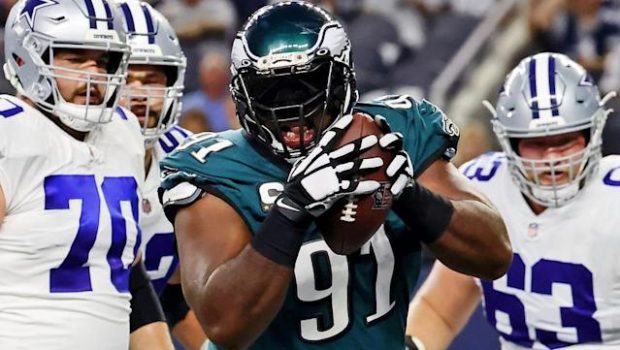 The Eagles are an underdog for the fourth consecutive week, fresh off a 41-21 loss to Dallas on Monday night.

Philly’s defense came up with two big stops early — Fletcher Cox recovered a fumble for a touchdown, and Dak Prescott was later stuffed at the goal line on fourth-and-1.

But the Birds gave up a season-worst 41 points and allowed 380 yards.

The Chiefs are alone in the AFC West basement at 1-2 after losing to the Chargers last week, 30-24.

Kansas City outgained Los Angeles 437-352, was better on third down and finally got the run game going with Clyde Edwards-Helaire’s third-career 100-yard game.