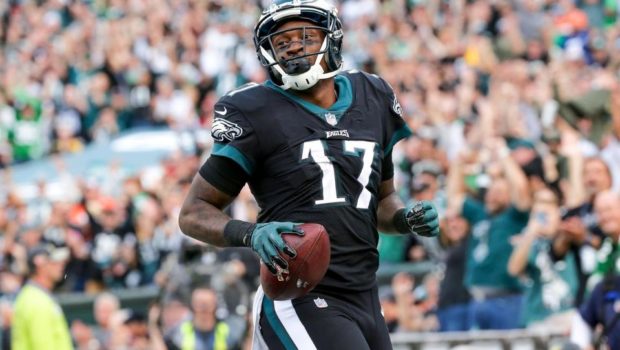 So says ESPN from Vegas:

The Eagles, who had odds as high as 65-1 in the offseason to win the Super Bowl, are now 4-1 at the Westgate SuperBook, behind only the Patriots at 7-2.

Philadelphia has won seven in a row and separated itself from other contenders in the NFC. The Eagles are 2-1 to win the conference and overwhelming -1,200 favorites in the NFC East.

But the betting public is clearly on board now, and it’s starting to take a weekly toll on sportsbooks. Philly is 8-1 straight-up and 7-2 against the spread.

“I’m pretty sure we’ll see strong play on the Eagles from here on out,” Jay Rood, vice president of MGM race and sports, told ESPN on Sunday afternoon.

The Denver-Philly game was the most-heavily-bet game of Sunday at multiple sportsbooks, with the bulk of the money wagered on the Eagles.