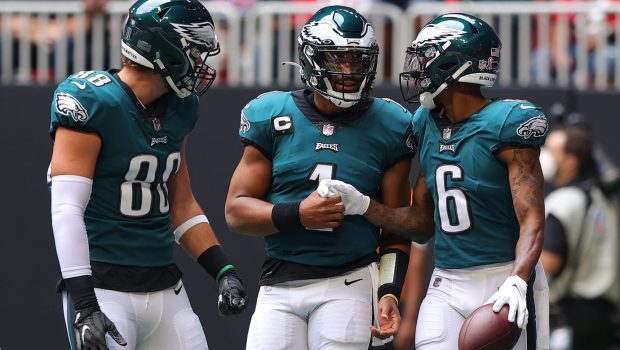 Although Washington currently holds the last wild-card spot, numbers suggest they have worse odds (24.8 percent) to make the postseason than the Eagles (33.4 percent).

The Eagles opened as 2.5-point favorites, but that quickly jumped up as high as 5.5 early in the week. That could be in part because of the status of some key players in this matchup. The total opened at 44.5 but is coming down ever so slightly. Something’s got to give as the total has gone UNDER in seven of Washington’s last eight games and OVER in five of Philly’s last seven contests.

Only five teams have turned the ball over more than Washington this season. If Philly’s pass rush can put pressure on Heinicke (or Kyle Allen if he is called upon) and force him into mistakes, then those who drop money on the Eagles to cover may be happy when this one is over.