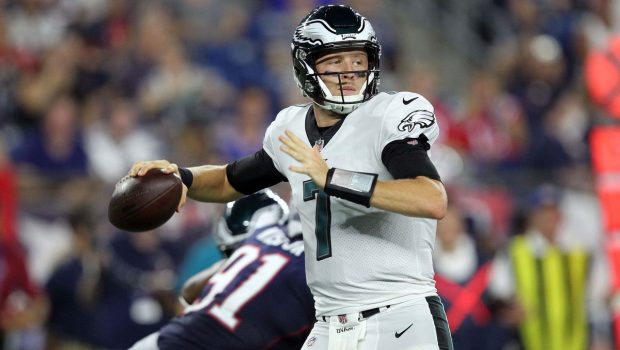 With Nick Foles sidelined by a shoulder injury in the second quarter against the Patriots, the Eagles needed to see if their QB3 could fill in as a spot starter.

Based on his efforts, Sudfeld might be up for the job.

He completed 22 of 39 passes for 312 yards, with three touchdowns and one interception.

The third-year pro not only displayed outstanding poise and composure in the pocket, but he showed terrific touch, timing and anticipation delivering an assortment of teardrops and lasers to receivers all over the field.

Sudfeld’s strong play could allow the team to keep Carson Wentz on the sideline until he is ready to play when the regular season opens. Grade: A-