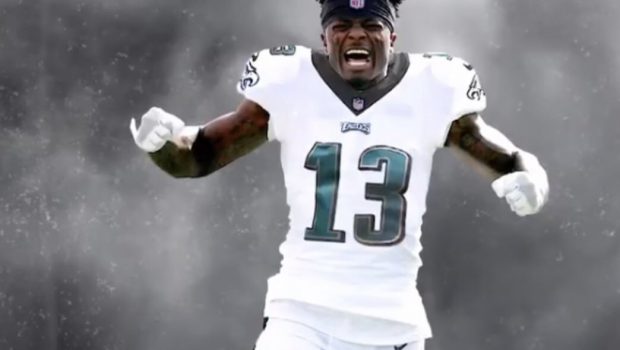 The Eagles certainly upgraded their woeful receiver corps this off-season.

But how much better will they be than in 2019, when Carson Wentz had a bunch of scrubs to throw to?

No one really knows what to expect from Alshon Jeffery after a year in which he struggled with injuries, nor do they know what Desean Jackson has left, given that he has battled injuries over the last couple of seasons but remains electric when on the field.

J.J. Arcega-Whiteside needs to show considerable improvement over the non-existent display he put together as a rookie, notching well under one receiving yard per route run on the year.

There is talent in that group, though, along with first-round selection Jalen Reagor, Marquise Goodwin (above), whom they traded for, and their two tight ends, Zach Ertz and Dallas Goedert.

Health will be the key to not repeating the disappointment of last season.