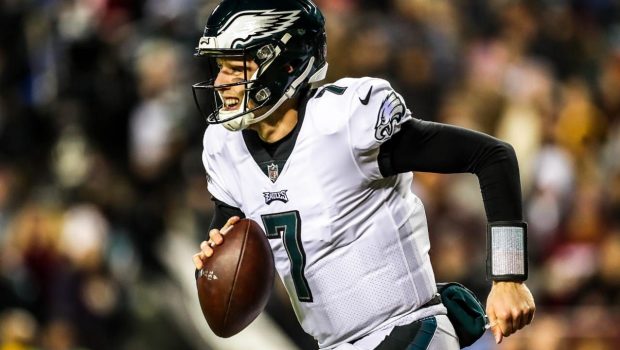 Okay, now we know that Nick Foles won’t be Carson Wentz’ back-up as Eagles quarterback in 2019.

So who will that be?

Nate Sudfeld has a chance to earn that job, but the Eagles are also going to look at the quarterback market and see who they can bring in.

“Nate’s a guy that when he signed he had an opportunity to learn behind Carson and Nick and he’s made incredible progress as our scout team quarterback, as someone who has been the backup when Carson got hurt and we didn’t bring back someone else,” Roseman said. “But this is also a position we continue to invest in. We’ve got great quarterback teachers. It would be a disservice to our franchise if we didn’t continue to look at every quarterback option as well.”

Wentz and Sudfeld are the only two quarterbacks on the Eagles’ roster once Foles officially becomes a free agent on March 13, so Philly will certainly add one or two quarterbacks to be there in the offseason.

Whether one of them can beat out Sudfeld to back up Wentz remains to be seen, but given Wentz’s injury history it’s fair to assume that the Eagles want someone they can count on to be the No. 2 quarterback on the depth chart.