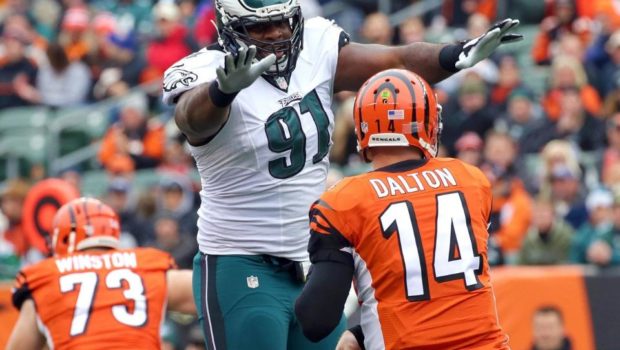 The Eagles host the Redskins Sunday at the Linc in the final meeting between divisional opponents.

The Redskins defeated the Eagles in Week 6, 27-20, at FedEx Field. Philly was 3-1 going into that game, and it maintained a winning record until its current three-game losing streak, against Seattle, Green Bay and Cincinnati.

The Birds are two games behind Tampa Bay for the final wild-card berth with four games remaining. If the Eagles lose to the Redskins, those playoff hopes will be all but over.

Carson Wentz hasn’t been the same quarterback the Redskins faced earlier this season. The rookie has hit a wall, and he’s thrown six interceptions during the three-game skid.

Meanwhile, the Eagles’ running game has still been successful despite Wentz’s struggles. The Eagles are ranked 10th in the league, averaging 109.8 rushing yards per game. They have three running backs – Ryan Mathews, Darren Sproles and Wendell Smallwood – with more than 300 rushing yards and averaging better than four yards per carry. Mathews, who is dealing with a knee injury, leads the team with 427 rushing yards and seven touchdowns. Sproles has 726 yards from scrimmage and two total touchdowns.

Defensive tackle Fletcher Cox (above) had a quiet game during the Week 6 matchup as Brandon Scherff got the best of him. He’s still a significant threat, and he’s capable of being as disruptive as Arizona Cardinals defensive tackle Calais Campbell proved to be in Washington’s loss on Sunday.

Mathews has missed the past two games because of a knee injury. He did not practice last week. Wide receiver Jordan Matthews didn’t play against the Bengals because of an ankle issue. Both returned to practice today.

Wide receiver Dorial Green-Beckham suffered an oblique contusion against the Bengals, but Eagles Coach Doug Pederson expects him to play. Meanwhile, rookie right tackle Halapoulivaati Vaitai could miss his third straight game with a knee injury. Vaitai filled in for Lane Johnson at the start of his suspension against the Redskins and struggled against their edge rushers.