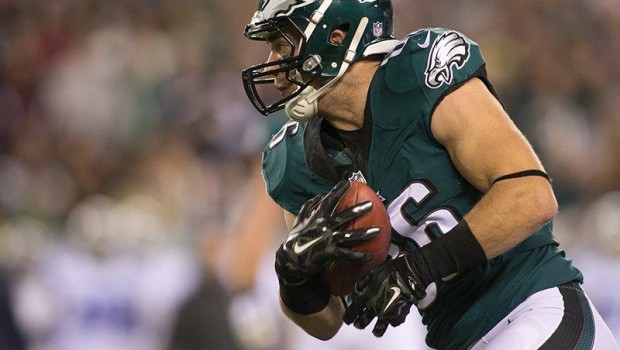 Maybe Eagles tight end Zach Ertz is trying to pump up his mates as they wait for the opening of training camp in 28 days, August 2 at the NovaCare complex. Or maybe he is just high on World Cup fever, inspired by his newest squeeze, Julie Johnston of the USA team (left).

In either event, he doesn’t think he is spouting cliches about taking it one game at a time when asked what he expects from the coming season.

Asked on NFL Network about his goals for 2015, Ertz said that he and his teammates are looking to win every game.

That goal might be slightly unrealistic, but we wouldn’t exactly expect Ertz to say his goal is to go 4-12. Unfortunately, the track record for players talking about going 16-0 isn’t great: Ndamukong Suh said the Lions could go 16-0 before a season when they went 10-6, and Roddy White said the Falcons could go 16-0 just before they lost their first game of the season in 2012.