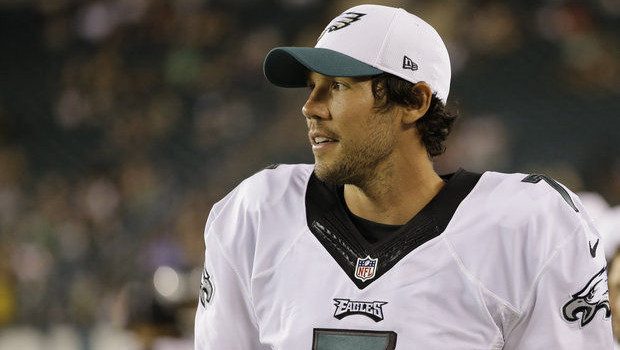 Eagles coach parried with the lame-ass press, who were dying to know if quarterback Sam Bradford would play Saturday night in Green Bay, and if so how much.

But if Chip, who sarcastically said it depends on the weather, asked Bradford, here’s what he would hear:

“I think it would be nice,” Bradford said when asked if wanted to play extended time. “The biggest thing would be getting into a rhythm.”

Bradford wasn’t able to establish much of a rhythm in last week’s game against the Baltimore Ravens, as he was only on the field for one drive, taking plenty of shots while in the game.

“It was nice to get out there, take a few shots, get back up and know my body can still do it,” Bradford said. “It was that last box that needed to get checked off, so I did feel good knowing that.”

Whether it is on his check list or not, playing extended time on Saturday would be yet another test for Bradford as he prepares to be this team’s starting quarterback Week 1 in Atlanta.

“Just getting out there and getting a feel for game speed,” Bradford said when asked what playing Saturday could accomplish. “When you are out there in the preseason, it’s one speed, then in the regular season it ramps up another level. Just getting back out there, getting used to bodies around me in the pocket, being able to move away from those in the pocket, and getting a feel for everything.

“To play the one drive was great, but it’s nice to go on the field multiple times, establish that rhythm, work on communication with the line, with the receivers and talk about what we are seeing on the field. So when it gets to the regular season, that isn’t something we have to work through.”

Asked prior to practice Thursday whether Bradford will play, and for how long, Kelly stated the weather — and the potential for rain, could play a factor.

When told of his coach’s criteria for Saturday, Bradford simply laughed.