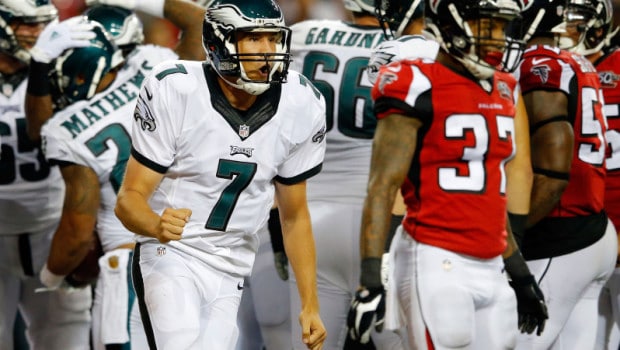 Eagles quarterback Sam Bradford wants everyone to know he is A-OK!

Bradford said that he took precautionary X-rays following the Eagles’ 26-24 season-opening loss to the Falcons here at the Georgia Dome on Monday night.

Bradford did not specify what part of his body the X-rays were on, nor did he seem at all concerned.

It had been almost 700 days since he last started a regular season game after enduring two torn ACL rehab sessions that left many wondering if Bradford’s playing days were over. The Eagles were careful with him during the preseason as well.

On Monday, he dropped back a stunning 52 times, which might have added to the complexity of Bradford’s situation. Atlanta’s pass rush was inspired, and Bradford took his fair share of hits.

His biggest test could be waking up Tuesday morning, where the medical staff will inevitably have more questions no matter how relaxed Bradford seems to be.