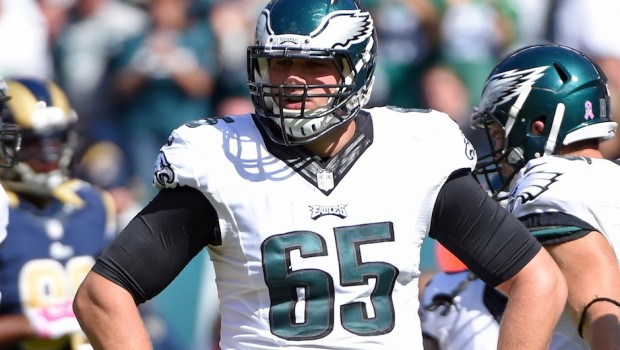 And when the Eagles hold their next OTA starting tomorrow, their offensive tackle will be more than ready.

Johnson spent five weeks early in the offseason doing a workout routine based around mixed martial arts principles and devised by Jay Glazer and former UFC champion Randy Couture. Johnson said it was the most brutal thing he has ever been through, but when it was time for Organized Team Activities to start, he surprised himself with how much he had improved.

“The first couple days, I was puking non-stop,” Johnson said. “It was terrible. Going into OTAs now, I’m in the best shape of my life. I notice now I’m a lot quicker with my hands and a lot stronger with my hands. I don’t have to really think about it. It comes naturally.”

Johnson thinks these workouts are going to take him to the next step in his career.

“I want to be elite at my position in the NFL, and I felt that this would help me get there,” Johnson said. “I have a lot of confidence about what’s ahead of me. I think I’m getting close to being elite. Last year was a big stepping stone from my rookie year and I just have to be more aggressive and more violent going into Year 3.”

If Johnson can develop into an elite offensive tackle, all that puke will be worth it.