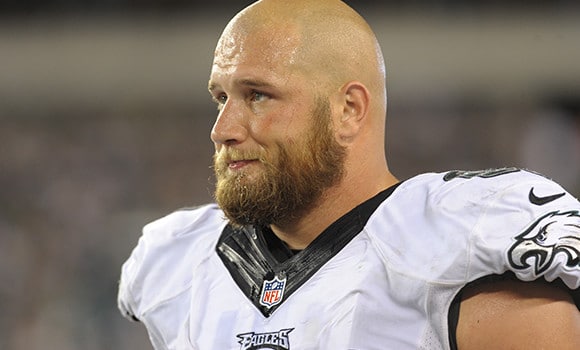 EAGLE RT JOHNSON: WE HAVE A HOME FIELD DISADVANTAGE AT LINC!

Eagles starting right tackle Lane Johnson isn’t enamored of the home field disadvantage the Birds have at the Linc.

“If we get down by any significant amount of points or we don’t make any first downs, we’re going to get booed,” Johnson told Birds 24/7. “That’s just kind of how it is. It’s not really home field advantage playing here anymore. Really, that’s the truth. Cats here, they really don’t care.”

He also talked about the fans on Sunday immediately after the game.

“Twitter is a dangerous place. People can just say whatever they want,” he told Birds 24/7. “Social media has changed the way people approach the game now. They fear they’re going to be turned into a meme or something like that because people have to deal with that. The best thing to do is probably stay off of it or try to avoid it. There’s a lot of guys that don’t even have it, like my marketing guy runs my Twitter. I don’t really deal with it anymore, just my Instagram page. It’s different than it used to be.”