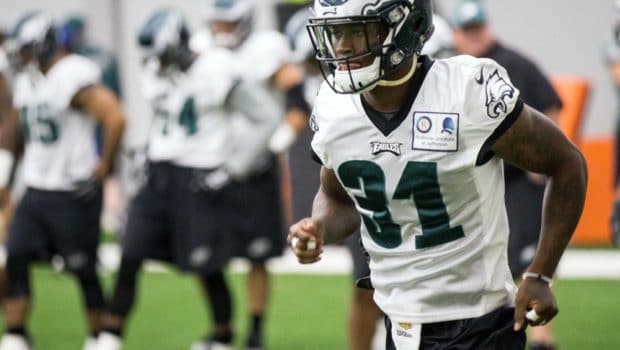 The Eagles’ coaching staff doesn’t favor Eric Rowe as much as Chip Kelly did.

And one report, from NJ.com, had Rowe falling beneath rookie Jalen Mills on the depth chart.

The Eagles new head coach, Doug Pederson, failed to mention Rowe on numerous occasions when addressing the cornerback group, when talking to reporters. The same can be said for the team’s new defensive coordinator, Jim Schwartz, who’s spoken highly of rookie Mills along with other cornerbacks besides Rowe.

The Eagles selected Mills in the seventh-round of the 2016 draft out of LSU. He’s already impressed the Eagles new coaching staff with how quickly he’s picked up the playbook and his coverage skills early in training camp.

Many are surprised over the emergence of Mills. Not much is expected from seventh-round draft picks, but Mills draft stock was most likely plagued with character concerns stemming from a domestic violence investigation back in 2014.