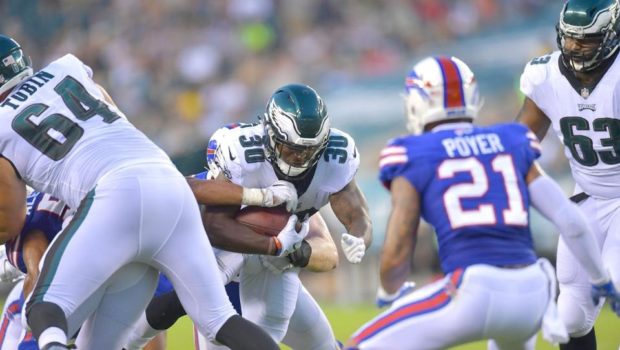 “I think he does it all very well. He reminds me of one of those old school Hyundais or a Honda Accord,” Staley said yesterday. “You can put a lot of miles on them, and they will be consistent. That’s what he’s been. He’s been consistent throughout camp.”

Through two preseason games, Clement has gained 47 yards on 15 carries. The Glassboro, NJ native scored on a six-yard touchdown run in his first game at Lincoln Financial Field on Thursday.

“I am happy with Corey. I am happy with where he is at right now,” Staley said. “He’s doing an awesome job, and I tip my hat to the kid. He comes in and works. He puts on his hard hat and grabs his lunch pale. He’s catching on and doing well.”