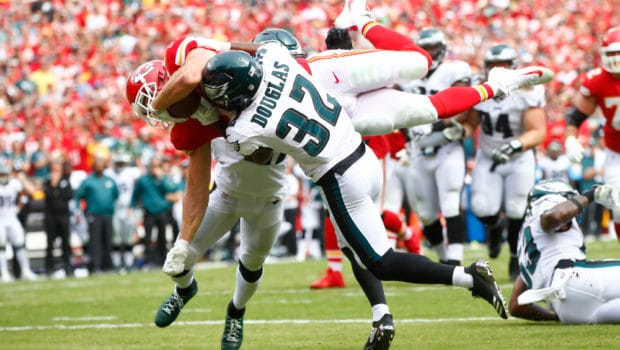 A year ago, Douglas was an unknown college football player. His draft stock was nonexistent. Sunday afternoon, he is a projected starter for the Eagles in their home opener against the desperate Giants.

“It’s a blessing,” he said, a smile splashed across his face. “Not a lot of people make it. I got the chance to make it, and play football, something I’ve dreamed of doing.”

For so long, that dream didn’t seem realistic. A baseball and basketball player growing up in poverty-stricken East Orange, N.J., he played just two years of varsity football at East Orange Campus High School, and because of academic problems, went to Nassau Community College on Long Island. The 6-foot-2 cornerback only appeared in five games as a junior at West Virginia and started his senior year as a backup before emerging that season and finishing with eight interceptions: