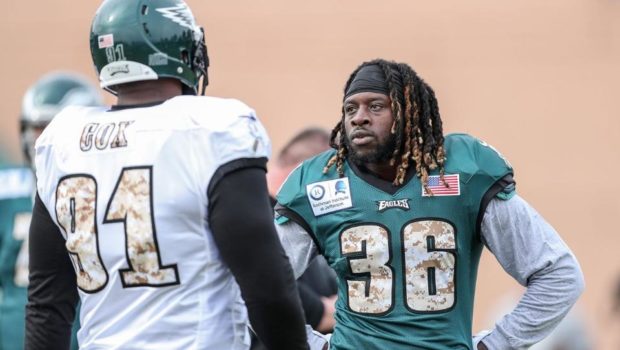 “He’s done a nice job,” Pederson said of Ajayi. “He’s a smart guy. He comes from an offense that uses very similar terminology, so he’s familiar with that. He’s picked it up. He’s had some extra meetings with [running backs coach] Duce [Staley] this week, so we’re trying to get him up to speed as fast as he can and we can.”

Ajayi is being given a “very limited” portion of the playbook, about 10 to 15 plays.

“He’s a violent runner. He’s aggressive,” Pederson said. “He’s got a great one-cut move back to the inside. I think he’s got tremendous vision and can hit the hole extremely fast, and in the open field has the speed to run away from defenders.”