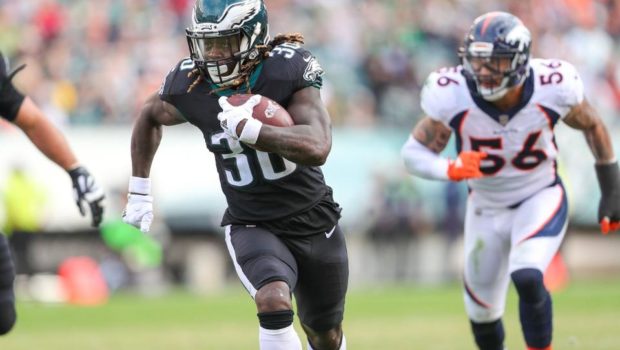 It didn’t take long yesterday for newbie Eagles running back Jay Ajayi to show his stuff:

Ajayi had a 46-yard run that saw him go airborne to get into the end zone, giving the Eagles a 31-9 lead at halftime.

He wound up the day with eight carries for 77 yards.

After the game, Ajayi called the atmosphere in Philly “electric”:

“Special offensive line,” Ajayi said in comments distributed by the team. “Definitely believe we can do a lot of special things here. Great running back room and glad to be part of the dynamic that we have in there. I mean look, that’s a great defense that we just ran on. We put 200 yards on that team over there. So I think you have to tip your hat to all of us that ran the ball today. I think we all did some special things out there.”

The Eagles are off in Week 10, which gives them a chance to further integrate Ajayi into the offense before they return for a push to the playoffs that’s in great shape after eight wins in the first nine weeks. Ajayi was only part of one of those victories, but Sunday’s performance did little to suggest it will be the last.