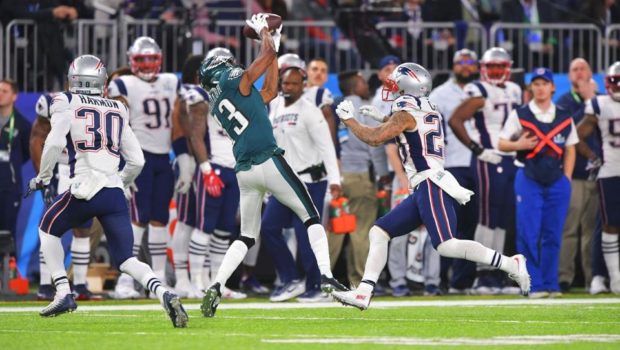 HOW EAGLE NELSON AGHOLOR BECAME A STAR — ESPECIALLY IN FANTASY!

Agholor had 644 receiving yards combined in his first two seasons in Philly with 3 total touchdowns. In 2017 alone, he had 768 and 8. “Hey, fantasy guy, good call.”

Except here’s what I wrote:

“Okay, maybe this is a stretch, but Agholor was a first-round draft pick only two years ago. And now, with Alshon Jeffery,Torrey Smith, Mack Hollins, and Shelton Gibson added to him,Jordan Matthews, and Dorial Green-Beckham in the Philadelphia receiving corps, there isn’t roster space to go around. Maybe Agholor finds a fresh start elsewhere. And if there’s anything to Agholor’s one-time potential, it seems like he won’t be realizing it in Philadelphia. Tabula rasa FTW.”

Instead, Matthews and Green-Beckham are gone, Gibson had two catches as a rookie, Smith and Hollins couldn’t combine for 700 yards, and Agholor realized the theoretical potential people saw in him as a first-rounder in 2015.

Considering Agholor’s leaps in productivity from his rookie and sophomore seasons to 2017, it’s easy to cite increased usage as a reason. After all, he was targeted 108 times in 2017 (counting the playoffs) after only 105 total targets the two years before. That said, Agholor actually played a lower percentage of the Eagles’ snaps in 2017 (72.3) than he did in 2016 (82.3). This wasn’t a player who stayed at the same level of efficiency but saw his usage skyrocket. This was a player who suddenly became efficient: 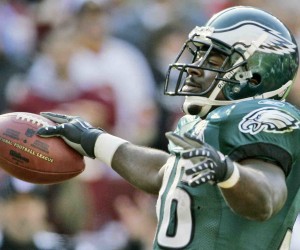