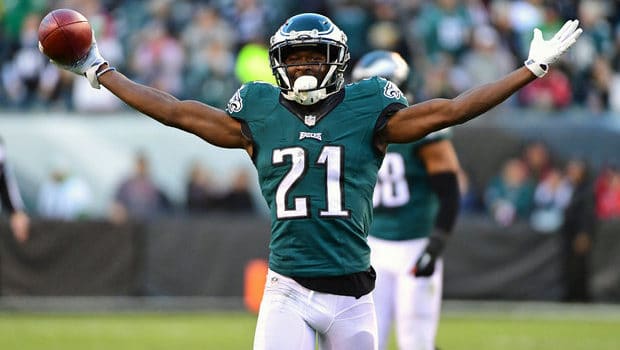 Eagles cornerback Leodis McKelvin did not expect to have a big part in yesterday’s 24-15 victory over the Falcons.

His injured hamstring was bothering him during warmups, and he made the decision not to start the game.

McKelvin bounced back from a rough game to come away with the game-clinching interception, picking off quarterback Matt Ryan with just 1:33 to play.

McKelvin was critical of the Falcons’ play call on the interception.

“I was telling the defense, this is the type of team, they a front runner” McKelvin said of the Falcons. “If you go out there and make some stops, they eventually are going to be dying down.”

The Eagles made plenty of stops early, and throughout the game, holding the Falcons to just 15 points.

The Eagles held the Falcons to 303 yards on Sunday, and gave up just one big play, a 76-yard touchdown pass from Ryan to receiver Taylor Gabriel, a pass that McKelvin was beat on when he bit hard on a double move.

The touchdown was not the only bad play from McKelvin, who missed chances to pick off two passes earlier in the game before coming away with one when the Eagles needed it most.

“I went out there warming, and my hamstring just didn’t feel right,” McKelvin said. “It was like, do I want to go out there, and put my team in jeopardy just in case some (expletive) happens going deep? I didn’t want to jeopardize that. So I was an emergency player.”

McKelvin was called into duty when cornerback Nolan Carroll went down with a concussion in the second quarter, and played the rest of the game.

“It was time to go to work,” McKelvin said.