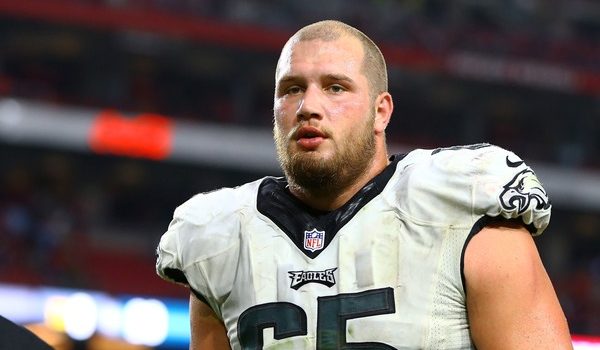 For the second time!

Costing him, if he loses his eventual appeal and is on the shelf until late November, more than $20 million of guaranteed money!

Not to mention putting the Eagles, who left tackle Jason Peters is 34 and injured, in the untenable position of having to find a left tackle and a right tackle on the waiver wire!

Johnson initially said nothing is going on. He then reportedly told Jay Glazer of FOX that Johnson took an approved amino acid that tested for peptide, a banned substance.

“We are aware that a member of the media has started a rumor that Lane will be suspended for a PED violation,” Sarnoff said in a statement. “Lane has not been suspended and any report to the contrary is false. Nonetheless, we will not comment on my client’s protected health information.”

Technically, Johnson hasn’t been suspended. Yet. He has appeal rights, and as of 2014 those rights are resolved not by the league office but by a neutral panel of arbitrators. Technically, no one should even know that Johnson is facing any discipline at all until the appeal process is final.

If Johnson is facing a 10-game suspension and if the suspension is upheld, Johnson’s guaranteed money in the contract he signed earlier this year will be voided, and he will be one strike away from a minimum banishment of 24 months.