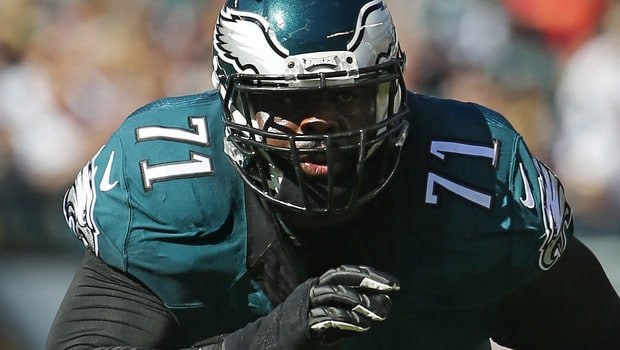 The strange rehab saga of Eagles left tackle Jason Peters seems to have taken a turn for the better.

Thursday was a turning point for Peters in his recovery after being seen warming up and taking part in individual drills during practice almost immediately after head coach Chip Kelly said that he would not be a participant.

“JP is probably in my opinion, one of our most valuable people,” Eagles tight end Zach Ertz said Thursday. “He’s such a force on the offensive line. He’s probably a Hall of Famer. He’s an unbelievable talent. When he’s on that left side, we have a lot of confidence in our offensive line.”

According to Lane Johnson, who filled in for him at left tackle, Peters did much more than that after reporters were barred from the session.

“He took a lot of reps today,” Johnson said afterward. “He looked close to normal,” “That’s the most he’s done in awhile, the most reps I’ve seen him take.