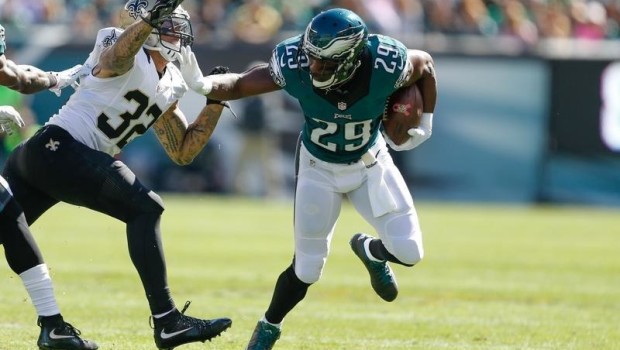 If you are wondering why it seems to have taken newbie Eagles running back DeMarco Murray until last week’s beatdown of the Saints to get comfy with the Birds’ running and blocking patterns:

We offer up the opinion of overpaid, overrated Sports Illustrated blowhard Peter King, who is the master of the Conventional Wisdom:

I think all the talk about the difference between running out of the I-formation vs. the shotgun is absolutely valid. Yes, I’m referring to DeMarco Murray.

This offseason, one offensive coach told me to expect a slow start from Murray in Philadelphia, because it usually takes about half a season for running backs to adjust to the change. Every back is different, but many say running out of the I-formation is easier, because you have better field vision when you’re lined up seven yards deep. It’s harder to make the transition from running out of the I formation to the shotgun runs prevalent in Chip Kelly’s system rather than vice versa.

Per Eagles beat reporters, Kelly incorporated more runs from under center in Sunday’s win over the Saints, which was Murray’s best rushing performance by far this season (83 yards on 20 carries).