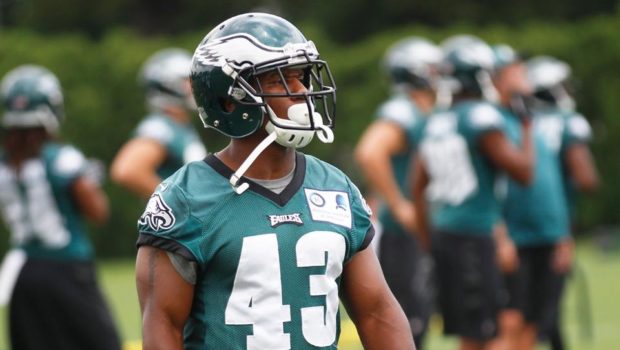 EAGLE DARREN SPROLES IS BACK — WHAT’S ALL THE FUSS?

Eagles’ magic man Darren Sproles is back and he’s wondering what all the fuss was about!

Sproles joined the Eagles for this week’s mandatory minicamp after missing earlier team activities this offseason amid reports of trade talk and unhappiness with his contract.

When Sproles reported for work earlier this week, he said his absence was only due to “family stuff” and reiterated that yesterday, adding that he doesn’t “know where all those rumors came from.”

Sproles said that coach Doug Pederson was supportive during his absence, something that “speaks big” to the veteran running back.

Sproles also said that he likes the offense that Pederson is installing, which won’t come as much surprise once you see how Pederson describes Sproles’ role in that scheme.

“If you go back and just look at what we did in Kansas City with our running backs with Jamaal [Charles] before he got hurt, and then with the two guys after the injury, we like to move our running backs around, and [Sproles is] a guy that creates matchups on defense, or against the defense, and we’re going to move him around,” Pederson said“We are not necessarily going to keep him in the backfield. His role will be extensive, both offensively and also on special teams, and I’m excited to kind of get to see what he can do this week a little bit.”

Sproles ran 83 times for 317 yards and caught 55 passes last season and Pederson’s comments suggest he’ll be in for something along those lines again this season.