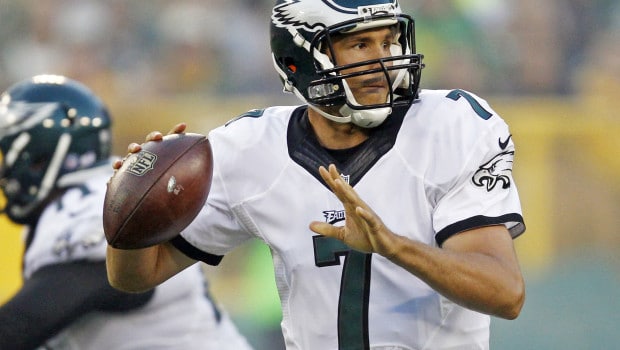 EAGLE CHIP: ‘I THINK OUR QUARTERBACK IS PLAYING VERY WELL’

Bradford has completed 174 of 270 passes (62 percent) for 1,766 yards. He has thrown nine touchdown passes and 10 interceptions. Bradford has a passer rating of 76.4 for the season.

Against the Carolina Panthers on Sunday night, Bradford was the victim of seven dropped passes by his receivers. Kelly said he didn’t think the drops were a sign that the receivers are not good enough.

“I don’t think it’s talent,” Kelly said. “I just think it’s sometimes a concentration issue with some of those guys. I think sometimes they may actually be thinking too much instead of just relaxing and going to play. Some of them need to just take a big, deep breath and do what we know they can do.”

“And they have made some big-time catches in games for us and can continue to do that for us. But I think sometimes they are overthinking a little bit.”