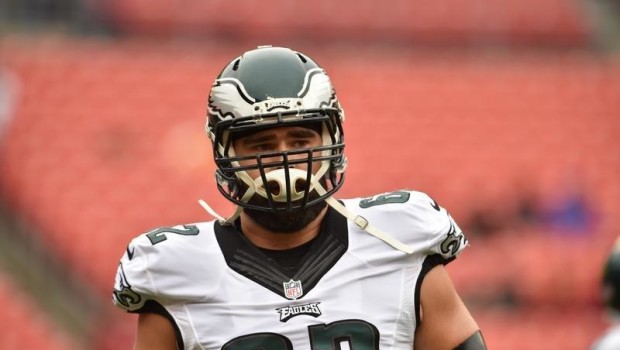 Eagles center Jason Kelce has been the rock of the offensive line for years, and he is always the level-headed grown-up in the room when everyone else’s hair is on fire.

But yesterday’s 23-20 loss at Washington was too much even for Kelce:

“Bottom line is our defense plays good enough, our offense struggles to move the ball when we don’t do our job, and that’s been the thing from the f—— beginning of the season,” Kelce said. “That’s been exactly what stalled out our offense from the beginning all the way through these first four games. And right now we don’t run the ball when we need to, we don’t pass block when we need to, and it’s a disgrace right now.”

The offensive line has been a question mark all season with journeyman Andrew Gardner and Allen Barbre starting at guard. Now, the line isn’t healthy. Gardner (foot) is out for the year and has been replaced by Matt Tobin, who on Sunday had to move from right guard to left tackle when Jason Peters aggravated his quad injury. (Peters said it’s “nothing long term.”) Dennis Kelly replaced Tobin at right guard.

Then Lane Johnson suffered a knee injury — he thinks he re-sprained his MCL — but was able to finish the game.

“My job isn’t to worry about that,” Kelce said about the injuries. “My job is to go out there, set the assignment, set the scheme, then block these dudes. It’s just very, very frustrating that we’re not putting our guys in better positions.”

The Eagles in the first half ran only 19 plays. The Redskins ran 37.

Sam Bradford was sacked three times in the first half and none in the second, when the Eagles’ erratic offense rediscovered the deep pass. But don’t bother asking Kelce about that. When someone did, he changed the subject.