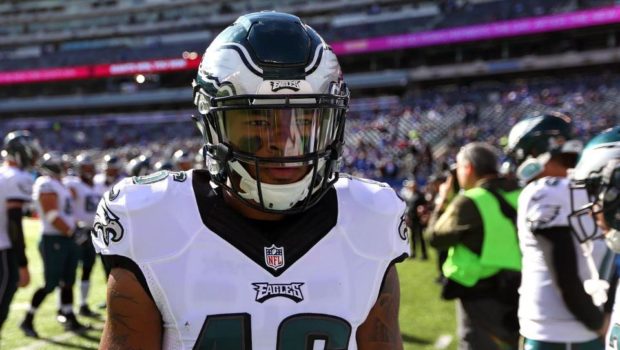 EAGLE BRYCE TREGGS OBJECTS TO $25K FINE ON HIT: SO DO WE, WATCH!

Wide receiver Bryce Treggs signed with the Eagles last September and caught three passes in his rookie season. He’s trying to make it onto the roster again this year, and a solid seven-catch preseason debut against the Packers might help his cause.

However, Treggs also picked up a $25,000 fine, presumably for the following blindside block, which left Packers DB Damarious Randall concussed. Treggs later explained that he didn’t intend to hurt Randall, just that he wanted to make a standout play.

The Eagles WR also said that he was going to have to ask for donations to pay the fine since he made the league minimum salary ($450,000) last season, though that thought has since been deleted: