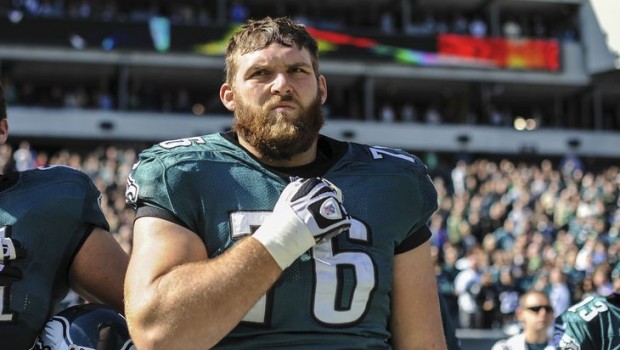 Just judging by the incoming lobbed at Eagle Allen Barbre in the period since Evan Mathis was let go, you would think he is a mutt who has no chance to do an adequate job as Mathis replacement at left guard.

Barbre has never started an NFL game at the position as his previous starts have all come at right tackle, including the season opener last year when Barbre suffered a season-ending ankle injury.

That’s left some people questioning the Eagles’ decision to hand the job over, but Barbre has no doubts that he’ll be able to step in between center Jason Kelce and left tackle Jason Peters.

“I’m pretty confident,” Barbre told the Burlington County Times. “I feel like I can play there and play well. I’m not worried I’m going to fail. I’m excited for the opportunity. I think it makes a big difference to get comfortable [at one position] and learn there and allow us all to grow together and get some unity.”

The Eagles seem to agree. They’ve been running a competition at right guard while leaving Barbre alone at left guard this offseason, which helps explain Barbre’s confidence in his ability to do the job on an offense that looks very different than the last one we saw take the field for Philly.