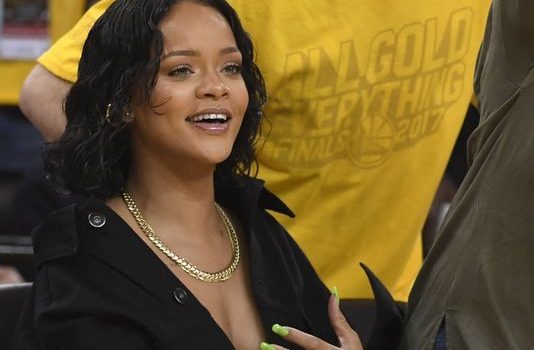 KD TO LEBRON-LOVING RIHANNA: LOVE YOU GIRL, BUT GOTS TO DO IT!

Kevin Durant, asked if he had a message for Rihanna last night after his Golden State Warriors were crowned NBA champions, held aloft his Finals MVP trophy and stared at a video camera.

“I ain’t got to say nothing,’’ Durant said, as if that was all he had to say.

But it turns out Durant did have something to say about the Grammy-winning superstar, who is an unabashed fan of LeBron James and during Game 1 of the NBA Finals yelled “brick’’ when Durant was at the free throw line.

“Love you, girl, but I got to do it,’’ Durant told USA TODAY Sports as he clutched the MVP trophy. “Gots to do it! You understand me?’’

Durant said the Rihanna dustup — Durant appeared to stare her down after he hit a late three-pointer in Game 1 — was a personal highlight during the Finals.