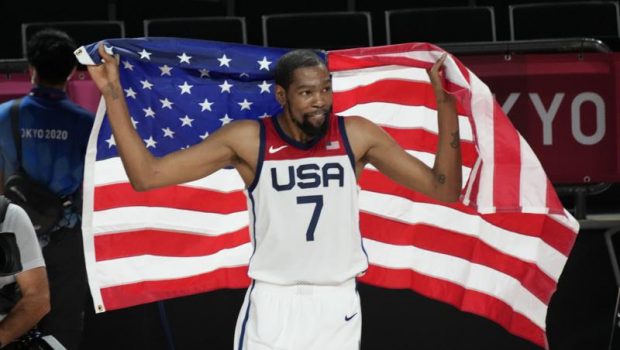 According to Kristian Winfield of the New York Daily News, Kevin Durant could entertain the possibility of holding out if he is not traded by the beginning of training camp.

There has been no movement on the trade front after Durant originally made it known that he wants out of Brooklyn, he met with Nets governor Joe Tsai over the weekend.

Durant said that Steve Nash and Sean Marks would need to be fired for him to stay, and Tsai threw his support behind the head coach and general manager on Monday.

Durant, who has four years remaining on his current contract, could hold out to force Brooklyn’s hand. Given how little leverage Durant has, such a move is highly unlikely to rush the Nets into making a deal that doesn’t meet their lofty demands.