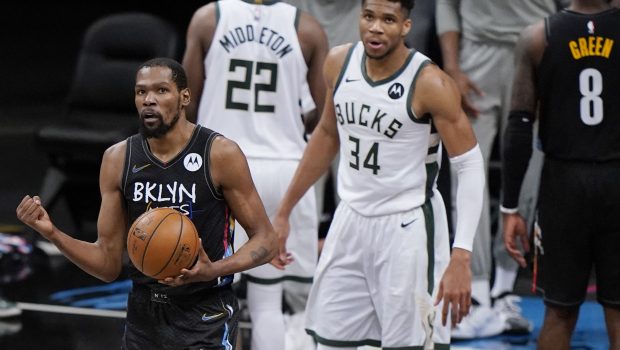 DURANT COMES BACK TO EARTH, BUCKS FORCE NETS TO GAME 7!

He played 40 minutes in this one after playing the entirety of Game 5, so there is a decent chance he’s exhausted after giving it his all in a losing effort.

Giannis Antetokounmpo had 30 points for the Bucks, who were led by Khris Middleton.

As good as KD, this was a far cry from his outright insane performance in Game 5, but he isn’t getting as much help as many would have expected due to all of the injuries Brooklyn has faced in these playoffs.

They’ll have to come back for game 7 Saturday night in Game 7.