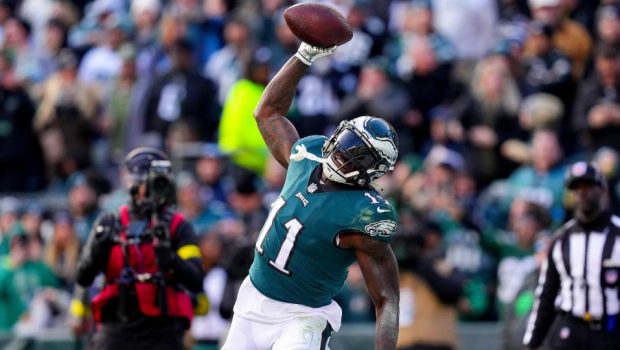 DUMMY WHO TRADED AJ BROWN FROM TITANS TO EAGLES FIRED!

The Tennessee Titans fired general manager Jon Robinson today, and Ryan Cowden, the club’s vice president of player personnel, will oversee player personnel for the rest of the season.

The team didn’t say why Robinson was fired, but it’s probably not a coincidence that he was zipped two days after the Eagles beat Tennessee 35-10, with former Titan AJ Brown catching two TD’s.

The move comes with the Titans atop the AFC South standings with a 7-5 record and coming off back-to-back division titles.

Robinson had signed an extension with the Titans, along with coach Mike Vrabel, if February of this year.

Robinson joined the Titans in 2016 and helped lead them to a winning record in all six-plus of his seasons in charge. In that time, Robinson has become the second-winningest general manager in franchise history with 69 wins, trailing only Floyd Reese (111 wins).